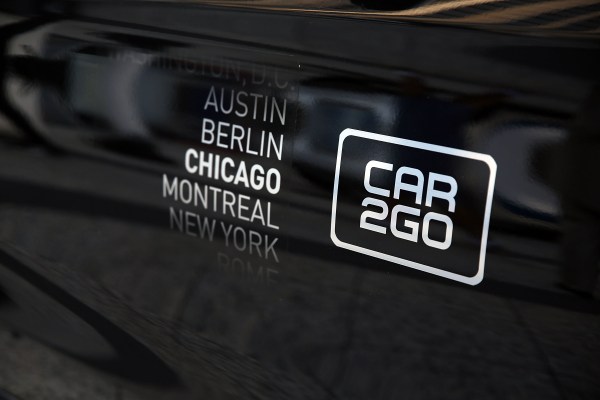 Car2go, free-floating car-sharing service owned by Daimler, temporarily shut down its service in Chicago on Wednesday after dozens of Mercedes-Benz vehicles were stolen using the app.

The Chicago Police Department was alerted by Car2Go that some of their vehicles may have been rented by deceptive or fraudulent means through a mobile  app, a spokesperson wrote in an emailed statement to TechCrunch.

The news was first reported via tweet by Brad Edwards, a reporter with CBS Chicago. Edwards reported that sources said that many of the vehicles were allegedly used to commit other crimes. CPD did not provide any details about how the vehicles were used and said the investigation was ongoing.

Breaking: “Car 2 Go” app “hacked” in Chicago. As many as 100 Mercedes / high-end cars missing / stolen. Many being used to commit crimes. > 12 people in custody so far. Per sources. Developing. @cbschicago

Car2go launched in Chicago last June, the first time in four years that the company added a U.S. city to its ranks. The car-sharing company lets customers rent out vehicles on a short-term basis. Daimler’s diminutive Smart cars were once the lone option for Car2go customers. The company has expanded its offerings in recent years and now offers Mercedes-Benz CLA and GLA, as well as the two-door Smartfortwo vehicles.

CPD said 100 vehicles are still unaccounted for. It is believed that 50 vehicles, all of them Mercedes-Benz remain in the greater Chicago area. Police are questioning more than a dozen persons of interest.

CPD said it’s working with Car2go to determine whether there are any other vehicles whose locations cannot be accounted for.  At this time the recoveries appear to be isolated to the West Side, CPD said.

While the perpetrators appear to have gained access to the vehicles through “fraudulent means,” Car2go emphasized that no personal or confidential member information has been compromised.

TechCrunch received a tip from a user who received this “temporary pause in service” message when trying to use the app. Car2go confirmed the shut down and added that it will provide an update as soon as possible.

Car2go is going through a branding and organizational transition. Daimler  AG and BMW Group officially agreed to merge their urban mobility services into a single holding company back in March 2018 with a 50 percent stake each. In February, the companies announced plans to unify their services under five categories by creating five joint ventures — Reach Now, Charge Now, Park Now, Free Now and Share Now.