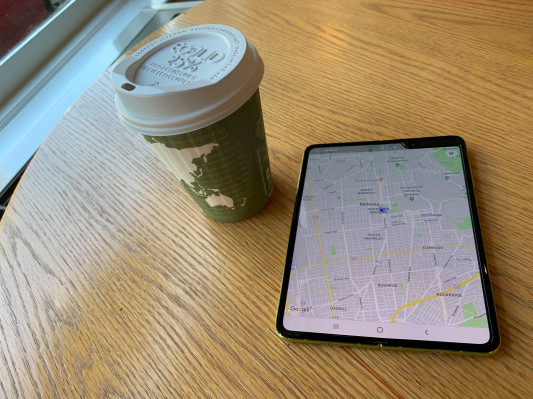 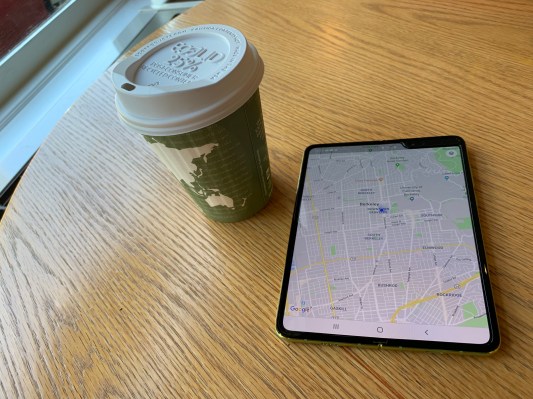 I would be remiss if I didn’t mention the technical difficulties multiple reviewers have been experiencing with their units. This sort of thing can happen with pre-production models. I’ve certainly had issues with review units in the past, but these reports are worth mentioning as a note of caution with a product, which we were concerned might not be ready for prime time only a couple of weeks ago.

At the very least, it’s as good a reason as any to wait a couple of weeks before more of these are out in the world before dropping $2,000 to determine how widespread these issues are.

All of that said, I’ve not had any technical issues with my Samsung Galaxy Fold. So far, so good. A day or so in does, however, tend to be the time when the harsh light of day starts to seep in on these things, after that initial novelty of the company’s admittedly impressive feat begins wane.

Using the device in the lead up to our big robotics event tomorrow, a number of TechCrunch co-workers have demanded a few minutes with the the device. The reviews so far have been mixed, with most calling out the thick form factor when closed, as well as the crease. The latter, at least, is really dependent on environmental lighting. In the case of the backstage area at this event, it’s harsh overhead office lighting, which tends to bring the crease out when the phone is facing the ceiling.

On the other hand, I used the phone to watch videos while using the elliptical at the gym this morning. Titled toward me, the crease wasn’t noticeable. It’s also one of the ideal use cases for the product.