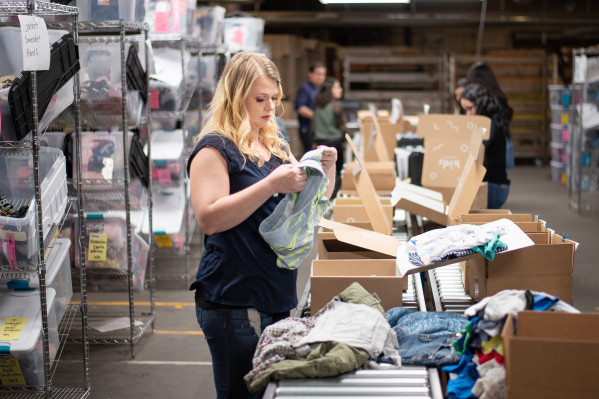 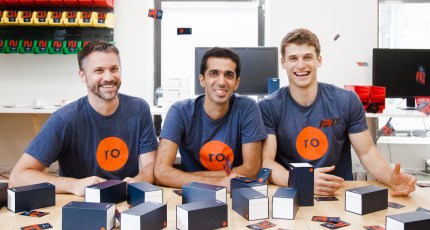 Overlooked in the process is the overwhelming majority of Americans. In 2015, the top 1 percent of U.S. made more than 25 times what families in the bottom 99 percent did, a gap that has been growing. Most families aren’t spending money on making life easier or more glamorous for themselves because they can’t afford it. More, they’re often too busy to think much about it.

There are rare exceptions to startups that cater to more affluent populations. One company that comes to mind is Propel, a New York-based startup whose app helps food stamp recipients improve their financial health. Another is Yenko, a for-profit outfit committed to improving graduation outcomes.

Now, an even newer player has entered onto the scene whose proposition makes all the sense in the world for the many harried, overworked, and budget-conscious families out there. Called Kids on 45th, the nearly two-year-old, Seattle-based startup bundles up what it describes as nearly new clothing that suits the current season, and it sends it to customers sight unseen for far less than they would pay elsewhere, and requiring a lot less of their time.

The company ties back to a Seattle consignment store of the same name that’s been up and running since 1989. Entrepreneur Elise Worthy describes it as a “cornerstone” of the local parenting community, and she would know. She decided to buy the business two years ago, not only to save it when it teetered on the brink of closure, but to better understand how she might turn it to a scalable enterprise.  She learned plenty, too, including that when moms came into the store because their children had outgrown their clothes, they weren’t looking for anything specific. “They were just trying to solve a problem. They didn’t care if it was this pair or that pair; they just needed pants.”

The observation led to a revelation that Worthy could build an online business without creating an elaborate website with photos and clothing descriptions. In fact, she decided to build an anti-browsing experience that allows a shopper to say what sizes are needed, and what types of items (coats, pants, shirts), one sentence about his her kid’s style, and that’s it. It’s highly counterintuitive for today’s e-commerce landscape. But a customer mostly clicks a few boxes, then waits for however many items were ordered —  each priced between $3 and $4 — to arrive.

Part of what makes Kids on 45th work as a business is that it’s saving on a lot of fronts. Aside from not creating and maintaining a sophisticated, content-rich website, the company asks customers to donate any unwanted items locally, giving them account credits instead and avoiding what can be a crushing expense for e-commerce concerns: returns. According to the National Retail Federation, return rates on clothing are close to 40 percent when the merchandise is bought online.

The startup, which is bundling clothes for newborns to kids up to age 16, also has systems in place that should enable it to scale, including an exclusive fulfillment relationship with one of the country’s few aggregators of thrift clothing. After paying for clothes that this partner deems to be in high-quality condition — it has plenty of options, thanks to the more than 20 billion pounds of clothing that Americans donate each year — Kids on 45th puts its staff of 15 stylists to work. “We optimize for the mom who is holding both her cell phone and her kid,” explains Worthy. “We want her to be able to check out in less than two minutes, then hand over that hunting experience to us.”

Kids on 45th has a few other things going for it, as well. First, it doesn’t charge on a subscription basis, unlike some other startups boxing up kids’ clothing, like Rockets of Awesome and Kidbox, and it insists that it doesn’t need to. “We don’t want to trap moms,” says Worthy. “We’ll send them reminder emails,” she says, and they come right back. “Our retention is on a par with companies that charge subscriptions. Moms return at the same rate on their own.”

The idea of ordering bundles of kids clothing is also catching on fast. Just yesterday, Walmart announced that it’s partnering with Kidbox to enable shoppers to purchase up to six different boxes from Walmart each year. Each will include four to five items and cost $48, said the company. That’s roughly the same average order size at Kids on 45th, says Worthy — though the startup sends off between 12 to 15 items for the same amount.

Not last, while Kids on 45th is decidedly unflashy, it’s capitalizing on one of of the biggest trends in the world right now: growing awareness about landfills throughout the U.S. that are teeming with textiles that could easily be recycled, if only there were more places for it to go.

Certainly, the young company has momentum. It says has already shipped more than half a million items just a year after launching its online business. It also just raised $3.3 million in seed funding. Its backers include Yes VC, Maveron, SoGal Ventures, Sesame Street Ventures & Collaborative Fund, Liquid 2 VC, and Brand Foundry Ventures. No doubt they’re looking for returns, as VCs do. But it’s also an investment about which they can feel good. After all, if Kids on 45th can intercept more of the lightly used goods in the world and put them to smart use, more power to it.